Page : Projects -> Pavilion of the Seven 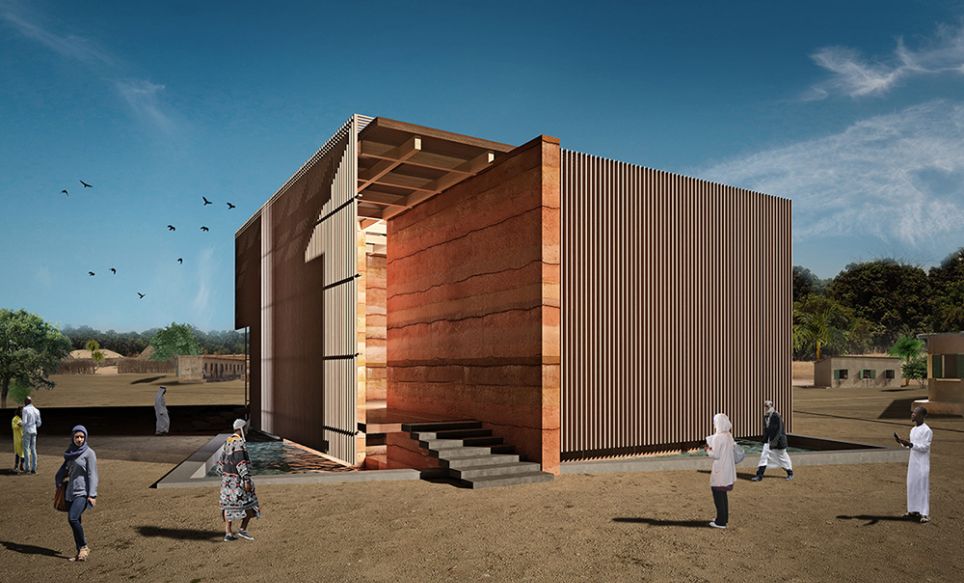 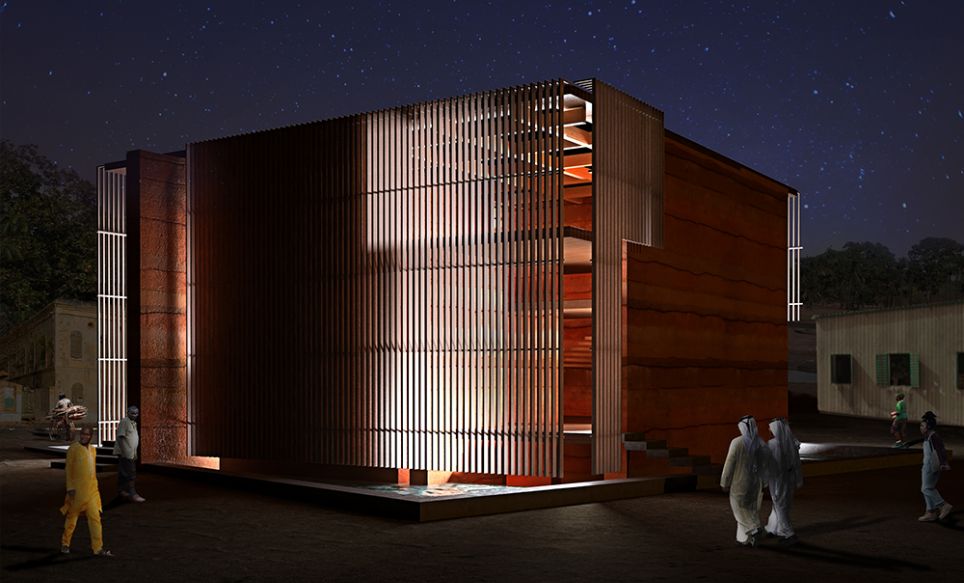 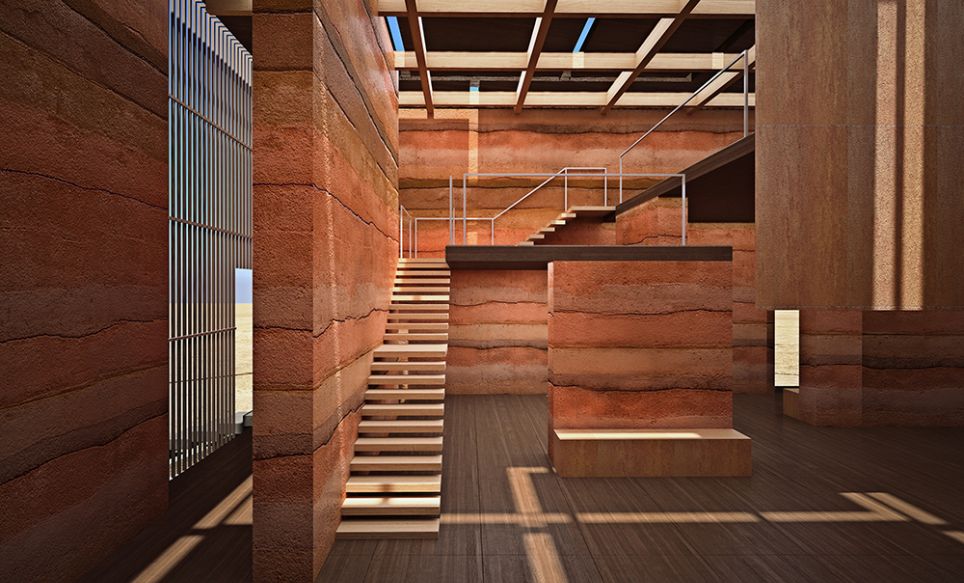 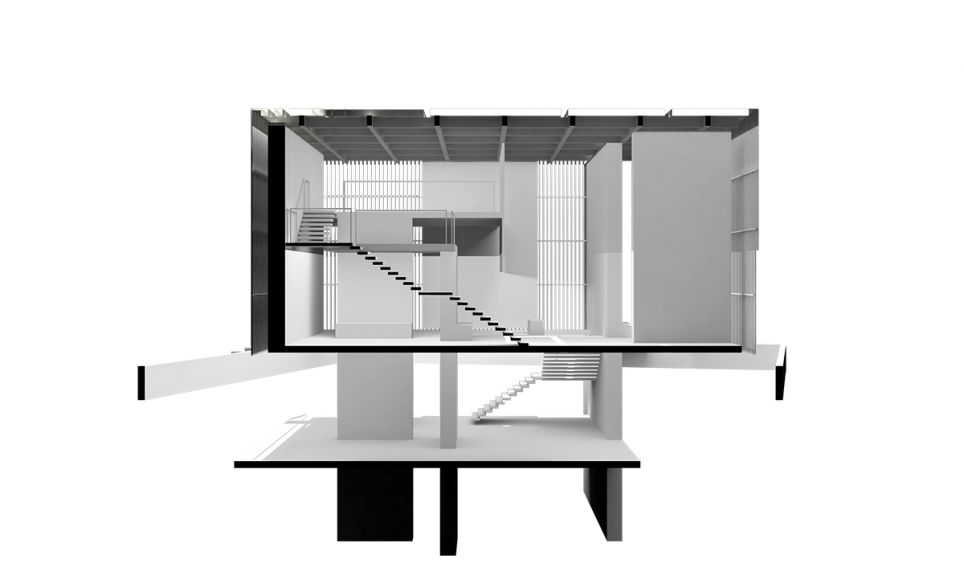 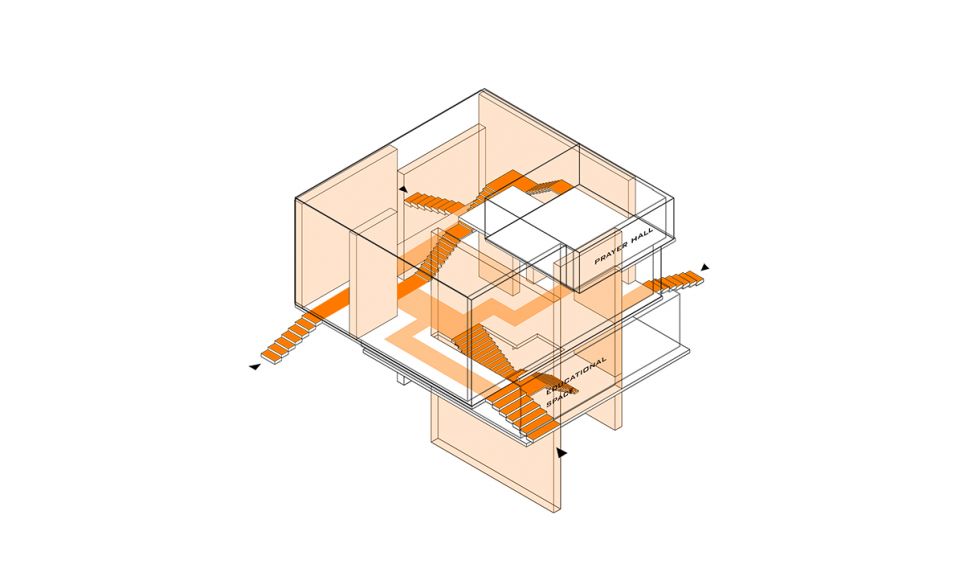 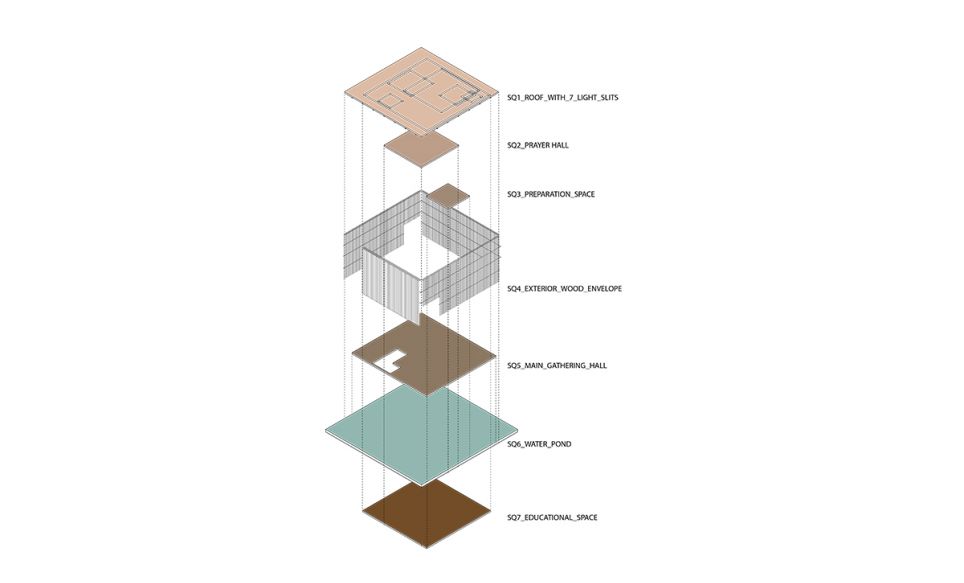 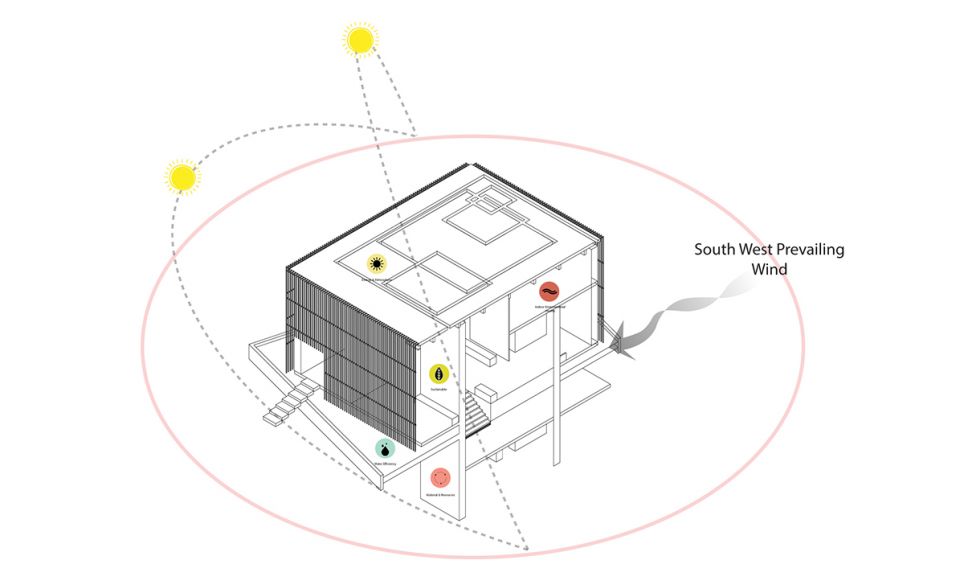 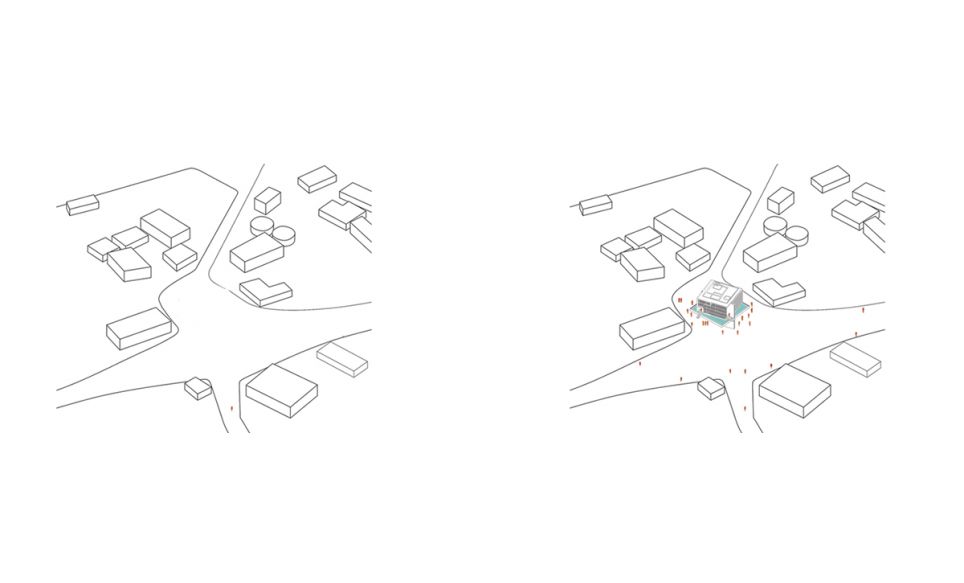 Pavilion of the Seven

Historically, the most monumental and significant structures have been the places of worship; they have been represented as the combined effort of structural advancement, material diversity, artistic and aesthetic pursue. Most of these structures can be seen as a case study of the significance of their age and location by reflecting the political, economic and intellectual stage of their time and space setting. Creating a place of worship, however, cannot be purely seen as an aesthetic effort, it also needs to carry on the philosophical ideology and create such an environment that would signify the aspect of worship. Looking back to the origins of worship and religion, one would notice that it was a moral system, a means of gathering people together around a common value system to build social order and stronger interpersonal relation and organized community. This creates homogeneity but also builds the stage for social interaction and the emergence of conversation, discussion and therefore new ideas for further development of the intellectual whole.

This project presents the problem of creating space for that social interaction which becomes meaningful and valuable for the whole community by answering the needs for a space that is to hold program and activity. After a careful analysis the program can be broken down through the philosophical organization of Islam and Christianity. Although, the structures that emerge to serve those religions look drastically different, they both follow similar programmatic sequence: cleansing space, preparation space and finally room for prayer or worship that build hierarchy of the space; travel of the body to the self.

These three areas address religion directly. However, the most basic function of religion is to generate interaction, much like the plaza in the city fabric. In that sense the project addresses the problem of the stage in the city, the plaza, the space for gathering and interaction. The religious function becomes raised up to open space for public activity. In this manner the space program and the sequence becomes layered rather than having a planar linear sequence. The language of lifting program up establishes a language of hanging functional areas around the central plane, the stage which takes a central place between the underground educational space and the worship space. The water becomes another layer to connect and reflect the earthly and the divine, the submerged and the elevated.

The layering concept can be read through the floor plan with the spatial organization in which all areas overlap to create space below and space on top. The façade is composed of layers where structure and envelope are clearly differentiated. The four entries embody the four gates to Jerusalem. They are strategically positioned in a manner that creates space for more personal meditation in the misty light coming through the façade. They are also points of opening up the façade to see though both ways: outside in to the darker inside and inside out to celebrate the sunrise and sunset.

The building plan makes use of the geometry of seven squares, a concept present in bots the Bible and the Curran. The symbology of the number seven is expressed through the seven days of the creation. Each of the events in them begins to influence the function of the spaces in the pavilion. The first day is marked by the creation of light to oppose the dark. This is the divine light that gives the ability to see. The second day is the day of the two heavens- sky and earth therefore creating space. The third day is dedicated to the life: the plants and sea. The next day came the sun, moon; day and night. The fifth day brought birds in the sky and fish in the sea. On the sixth day people were created. The last day is dedicated to the rest. These seven themes translate in the pavilion with their abstraction: 1. the ability to see; 2.heaven and earth (underground space still open to the sky); 3.the tangible, the matter; 4.day and night or the measure of time; 5.animate and the water and air; 6.the human with the assigned qualities of intelligence and higher order; 7.space for rest, meditation and contemplation. These seven squares also translate on the geometry of the roof pattern. The slits allow light and rain in extending the concept of heaven and earth but also bringing indirect light from above in a controlled manner. The space of the prayer area is darker and more mystic.

Light becomes a driving force of the project. The volumes are juxtaposed and rotated in a way that creates dimmed cool space inside to contrast the bright outside sunlight. The angle of rotation makes the building directed to Mecca while the water footprint recognizes the orientation of the neighboring structures and thus makes the project fit the site.  The main gate is oriented to the main road and presents a welcoming entrance to the pavilion. The entry sequence becomes an ascending travel through the layers of the building: from the exterior through the water and the light envelope layer, the thick structural rammed earth wall to the interior. The space inside is an equivalent to the plaza- a stage floating on water and well shaded.